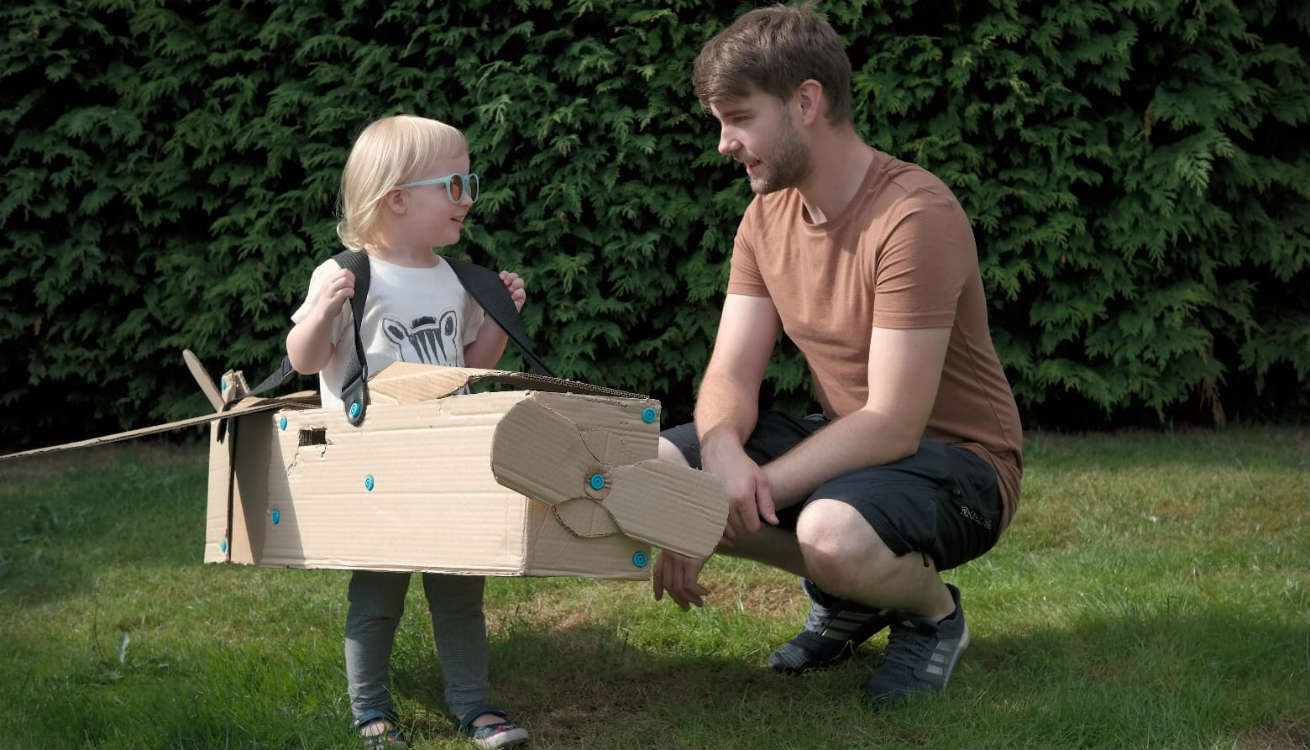 Father’s Day, whether it’s the first, second or 20th, it’s the time that dads get to be, well, spoilt and feel appreciated. And a special dad deserves a unique gift. So we decided to think out of the box and send four of our #KIDLYParent dads one thing that would let them spend time and make memories with their kids on the day and for years to come.

We asked them to report back and share what they thought of it. Here’s what they had to say - although we know they would have been chuffed with any one of the four we'd sent to them. We would have been...

Andrew tests the My Dad Used To Be So Cool book

Andrew is dad to the ‘awesome and hilarious’ Ada, 20 months old. He’s planning to spend his second Father’s Day by going to the park, playing on the swings and grabbing a coffee. His fantasy Father’s Day however, would be to go away to a hotel with a giant soft play next to the terrace, where he’d be wined and dined…

‘There’s loads of dad books out there but My Dad Used To Be So Cool Book is extra special. It’s so relatable, because when you become a parent everything changes. But then you remember that you’re their whole world, so no matter what, you’ll always be their cool dad - until they become teenagers.

‘I love reading with Ada. It’s an activity we do daily. The illustrations in this book are lovely and it’s great fun to read together. Ada is learning new words everyday and this book is jam-packed with new things to point at and explain.’

This is Luke’s third Father’s Day, but his first as a dad of two. He’s hoping his partner and kids, Esmé 2 and Cohen 1, plan the day for him and it will involve breakfast in bed and a walk around the forest. His dream would be a lie in and the chance to watch trashy TV, rather than the Peppa Pig 'Snow' episode on repeat…

‘The Makedo Cardboard Construction Kit is a fun filled bag of endless creativity. It’s so good and so simple. I rummaged around the loft for cardboard and was tasked with building an aeroplane - or an ‘aeroplane car,’ if you ask Esmé.

‘As a dad who works away from home, getting that bonding time in is important. The Makedo kit will create a fun filled experience to remember this Father’s Day. It’s great as a bonding exercise.’

This is Nick’s second Father’s Day. He’ll be spending it dressed as a cow, complete with the face paint - yes, really - for a 2 year old’s birthday party. His ideal day would be a lie in and a chill on his hammock, where his son Patrick, aged 1, would play happily in a magically built soft play in the garden…

‘Milestone Cards make a great, inexpensive, gift idea for dads - who are then able to create precious photo memories together. They make great photos to send to family too.

‘We had a giggle using the cards together, obviously if you’ve ever tried to do a photo shoot with a one year old you'll know they don’t play ball! The trick was to snap the pic before he eats the cards!’

So, if you’re looking for a unique Father’s Day gift that’s great for bonding and spending time together, take heed of these words from our #KIDLYParent dads. If they love it, other dads will too. 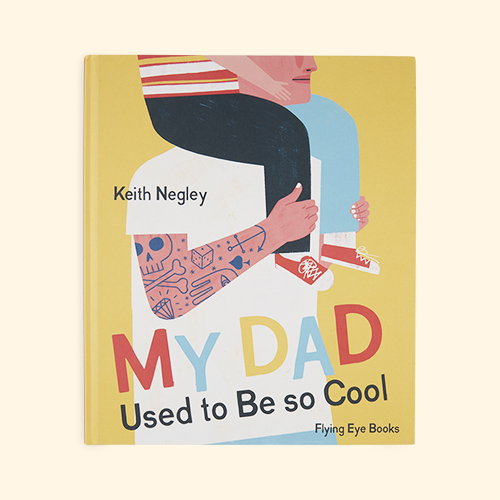 bookspeed My Dad Used To Be So Cool Multi